Summary:
Presented here is a rare acoustic performance by one of the leading lights of the Paisley Underground’s psychedelic revival, Mazzy Star, recorded on the second of two nights at the annual Bridge School Benefit in 1994. The performance begins with a pair of songs from the group’s 1990 debut and concludes with the single from the their latest album at the time, So Tonight That I May See, which was released exactly one year prior. However, it is the two songs sandwiched in between that are the most notable, beginning with a stripped down performance of “Flowers In December,” which wouldn’t see release for another two years and the unreleased rarity “Leaving On A Train” (AKA “Let That Be”), which has long been a live staple, but is yet to appear on any Mazzy Star album. 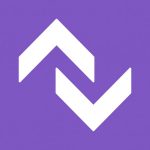